The month of March offered a much-needed boost to scrap metal prices throughout Alberta. The rising price of copper in particular is being eagerly watched by scrap metal recyclers and sellers. Many people who have been waiting to sell their scrap copper are taking the opportunity to bring their items in to metal recycling facilities such as Federal Metals Inc. in Calgary now that prices are showing a rebound.

Scrap metal prices took a concerning tumble in 2015. By the summer time prices reached the lowest points that anybody had seen in over a decade, and by mid-October prices had dropped down to pre-2000 levels. This collapse in scrap metal prices went hand-in-hand with the general economic slowdown tied to the collapsing price of oil. It was also influenced in other part due to the unstable Chinese economy and an overabundance of new virgin ore.

The recent recovery in the price of scrap copper and scrap metal in general is being greeted with enthusiasm in all parts of the scrap metal recycling industry. The non-ferrous metal market, which includes base metals such as tin, zinc, brass, and copper, is seeing an increase in industrial demand due to recent cuts in virgin ore production as many struggling companies have been forced to raise cash by selling off mines.

Sell your Scrap Copper in Calgary
So is now a good time to take any copper you have been saving to a Calgary copper recycler such as Federal Metals Inc., or are the prices expected to increase even more in the future? The truth is that predicting how copper prices will fluctuate in the coming year is no easy task. Not only will those prices depend on the price of fuel, but also on economies and political landscapes of countries such as China and Russia. The housing market also impacts the demand for copper, as copper is used extensively in the building of new homes.

Because of this market uncertainty, many Albertans are using the current scrap metal market recovery as a chance to get good prices on their scrap copper while they can. If you’re new to scrap metal recycling but would like to use this opportunity to make some extra money, then you can read here about stripping copper wire.

Call Federal Metals Inc. in Calgary Today
If you have further any questions about what kinds of copper items can be scrapped, such as “can you scrap pennies?”, then don’t hesitate to get in touch with Federal Metals. We’ll fill you in on everything you need to know about selling your scrap copper at our SE Calgary location. 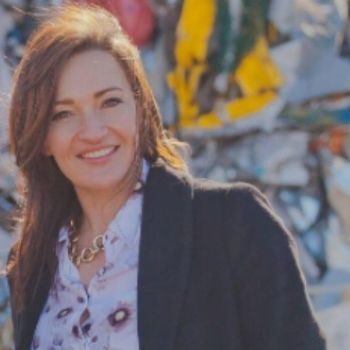 Calgary is in our blood. We love living and working in this city, and we want to do our part in bettering the lives of all Calgarians. By choosing Federal Metals, you’re choosing an incredible team committed to improving the environment and finding ethical ways to recycle your metal.